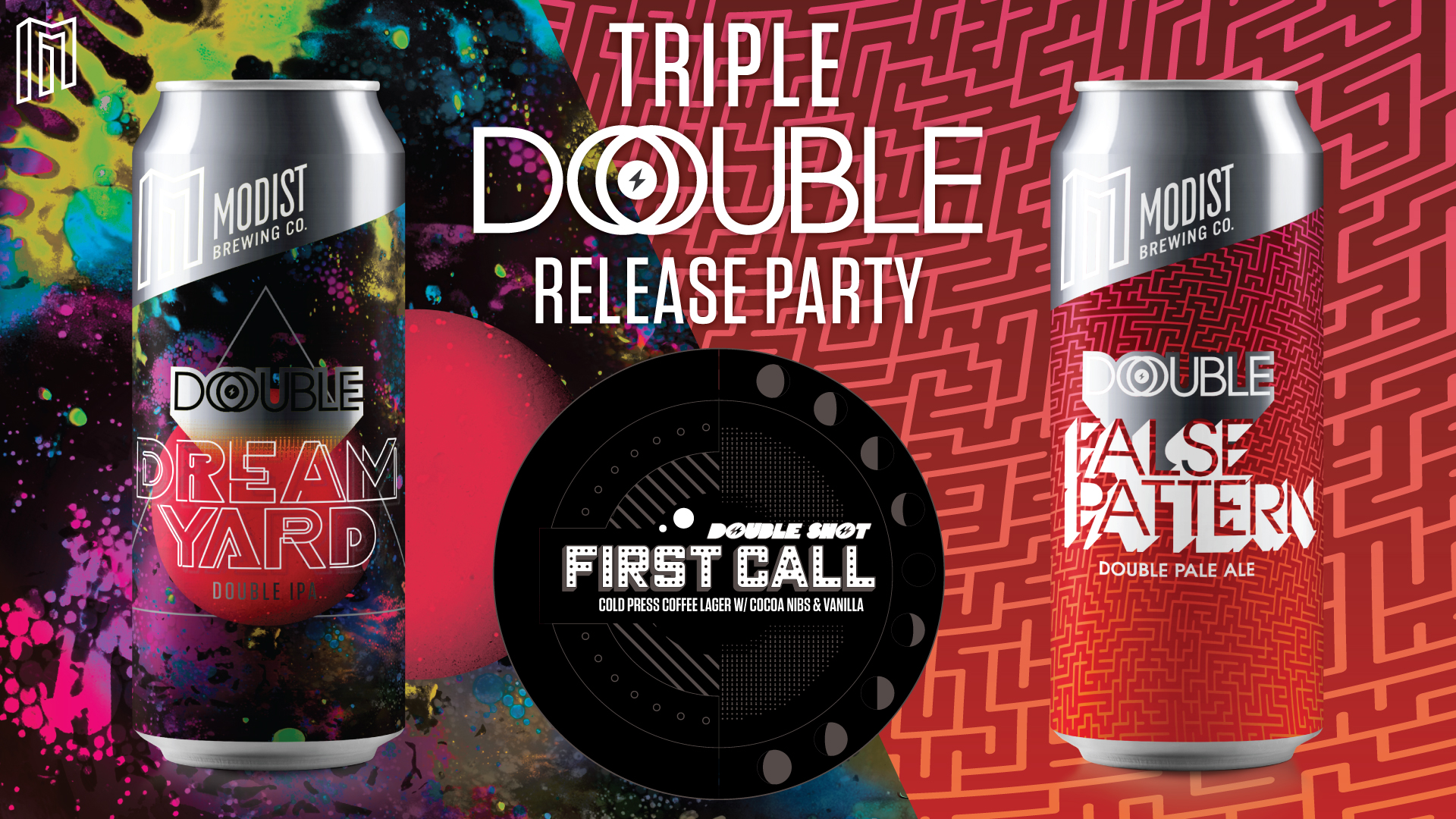 We’ve got a whopper of a beer release for ya. 3, count em, THREE BEERS will be released on June 22 beginning when we open at noon! Two of America’s favorite beers are back and a brand new rendition of one of our classics! All three beers have double the flavor and double the fun!

Back by popular demand, DOUBLE DREAMYARD and DOUBLE FALSE PATTERN! We will also be introducing their long lost cousin, DOUBLE SHOT FIRST CALL, everything you love about First Call but amplified.

Swing in throughout the weekend and get some of this in your belly before they hit the market. Double Dreamyard and Double False Pattern will be making their way into cans again this year in a very limited quantity. Double Shot First Call will be a taproom-only delicacy.

For more information about all THREE BEERS and when they will be hitting liquor stores, check out the Triple Double Blog post!