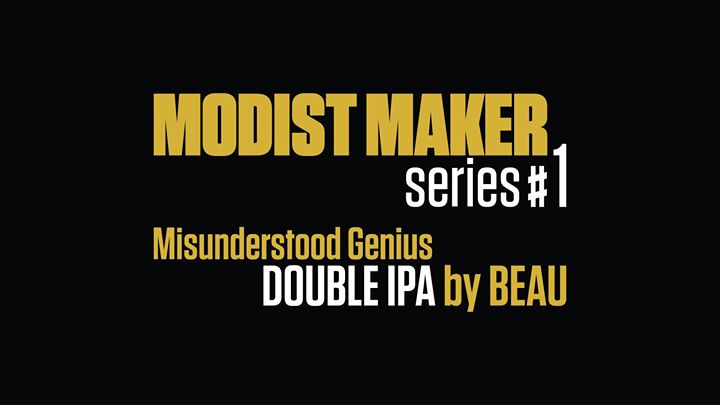 This Friday May 19th, we’ll proudly be launching a new series of small batch beers: our Modist Maker Series. These beers are a collaborative effort between select members of our beer drinking club – The Modist Makers – and our Head Brewer, Keigan. We asked these Makers to dream up a Modist version of one of their favorite beers, or push the boundaries into something completely uncharted. With the help of Keigan and our unique equipment, we hope the resulting beer will be something new and one-of-a-kind.

For the first beer in the series, we worked with Modist Maker Beau to create a fully-modified Double IPA that he’s chosen to call Misunderstood Genius (thanks to the Wu-Tang Clan’s Name Generator). Aside from being the first in the Series, this beer is also our first Double IPA and the first time we’ve utilized a revolutionary new hop product known as Cryo Hops (more on this in the link below). This beer is a smooth, soft, silky, aromatic bomb. It’s 8.6% ABV. And we think you will like it.

It will be tapping to the public at noon this Friday and given its limited quantities, there will only be 300 crowlers available for purchase. Limit 2 per person.