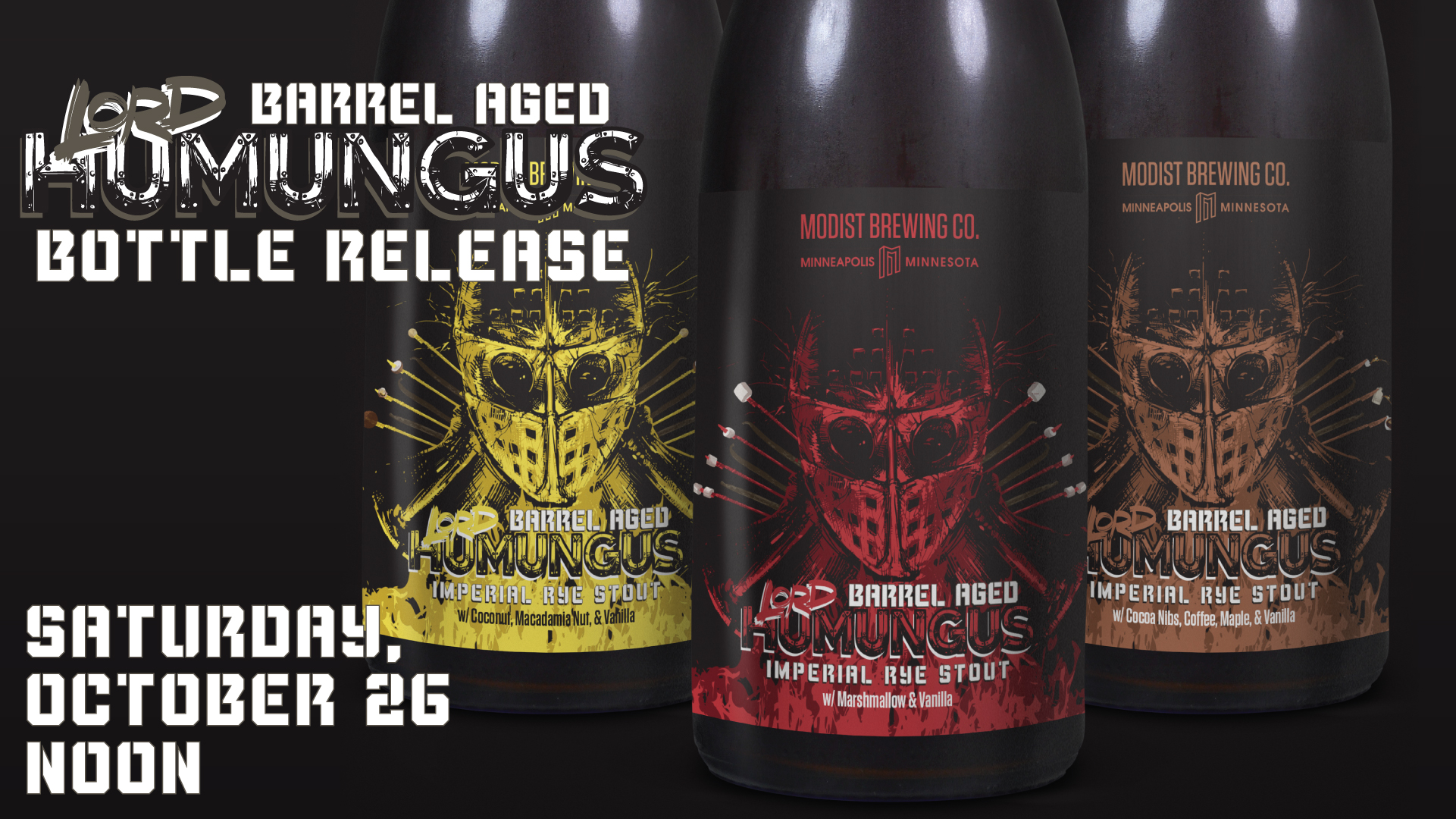 BARREL-AGED LORD HUMUNGUS RETURNS!
Lord Humungus has been resting for about a year and, three offspring have emerged, and low and behold they are magnificent.
We will be releasing THREE barrel-aged variants of 2018 Lord Humungus, a one-of-a-kind Imperial Rye Stout that’s made from over 53% Malted Rye, Chocolate Rye, and Caramel Rye.
The first was aged in bourbon barrels for a year and was then conditioned on Coconut, Macadamia Nut, and Vanilla.
The second, aged in Maple Bourbon barrels, was rested on copious amounts of Maple, Vanilla, and Cocoa Nibs, plus, a custom espresso blend from Wesley Andrews was added.
Finally, the last one was aged in Rye Whiskey barrels and then sat on a whole lot of marshmallows and Madagascar Vanilla Beans.
These are all being bottled and will be for sale in the taproom on Saturday, October 26th. More details to be announced on Monday.
+ Google Calendar+ iCal Export